What is a Casey?

A "Casey" is not a mascot. It is not a logo on the side of a helmet. You don't become a Casey just by enrolling at Red Bank Catholic.  You become one when you understand and recognize what an honor it is to call yourself a Casey. 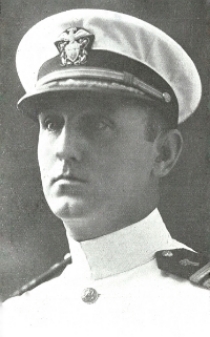 You can call yourself a Casey when you appreciate the tradition, feel the pride and begin to contribute to our collective story by writing your own chapter.  You know you are a Casey when you’re sitting next to an alumn who graduated 50 years ago and you know the same cheers.  You feel like a Casey when you sit in a pew in St. James Church bathed in the warm glow of familiar surroundings and realize students just like you have been sitting there since 1879.  You know you’re a Casey when your heart swells as you catch a glimpse of our football team kneeling behind that beautiful church as Father blesses them just as teams have done at RBC for years.  You realize you’re a Casey when you stand at graduation in a green and gold cap and gown humming the alma mater next to two hundred of your best friends that you don’t want to say goodbye to.  You become a Casey when someone asks you what that means and you can proudly tell them the story of Monsignor Joseph T. Casey.

Monsignor Casey was born on Christmas Day in 1887, the second of nine children.  He received his B.A. from Holy Cross and became a journalist.  Casey entered the seminary and was ordained a priest on May 15, 1913 at St. Patrick’s Cathedral in New York.  Four days later, he reported to St. James Parish in Red Bank, N.J. to his first assignment as curate.

With the outbreak of World War I, Father Casey enlisted in the Navy Chaplain Corps.  His tour of duty extended through two World Wars and took him literally, all over the globe.  In 1946, he retired a monsignor in the rank of Rear Admiral.  Monsignor Casey returned to the parish that had been his first and only assignment, St. James Parish, Red Bank, N.J.